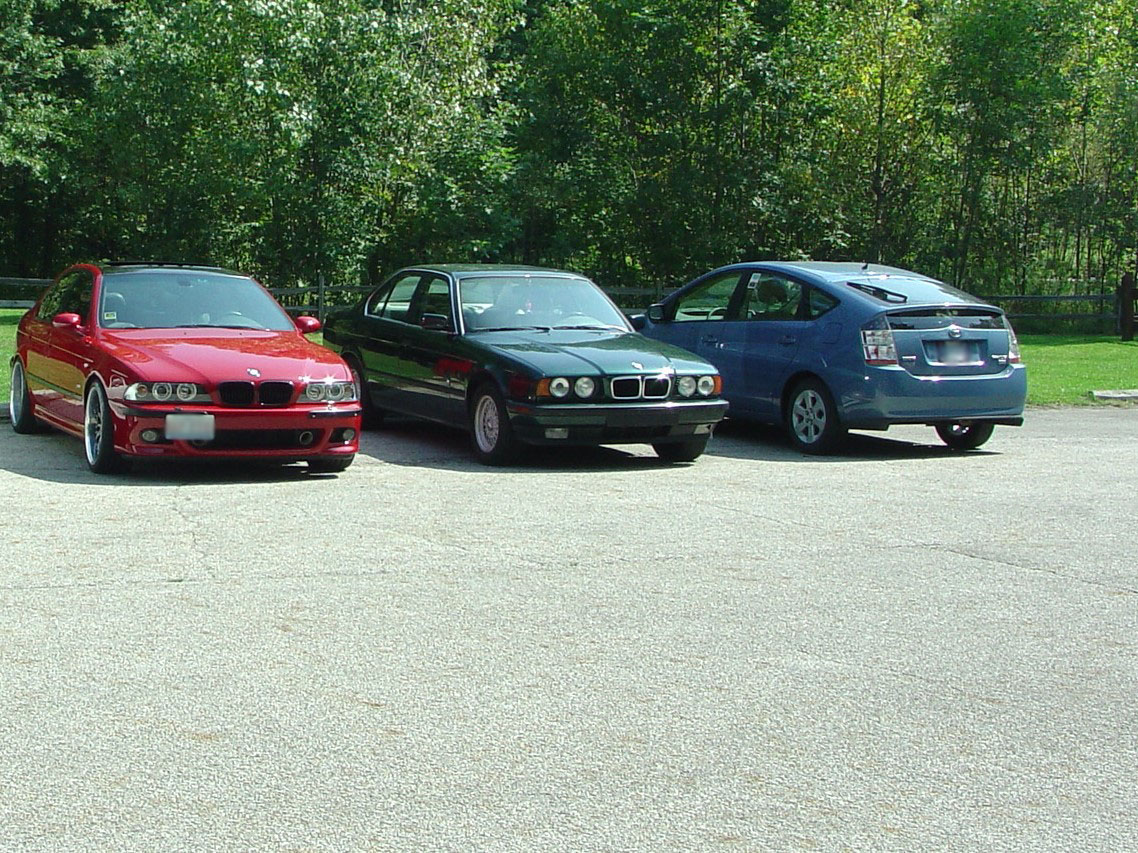 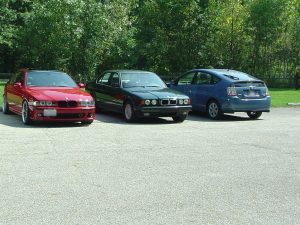 Editor’s note:  Originally written in 2017, this article is still quite valid!

If you are in the market for a used car, stay alert for prices that seem attractively low. The US has experienced two major hurricanes and numerous floods this year. Hundreds of thousands of vehicles suffered water damage – Fortune Magazine estimates the number of hurricane damaged vehicles to be over 1,000,000 in 2017.

What are the potential problems from buying a vehicle that has been immersed in water?

1. Mold and mildew. The upholstery, door panels, seats, carpets, dashboard, trunk … if not replaced or 100% dried, mold can quickly become a problem. It may not be noticed until much later when the area begins to smell or when you happen to expose the mold when doing an unrelated repair.

2. Rust. Anywhere water lingers on iron metals, rust can develop. The includes any exposed metal on the outside body of the vehicle – anywhere there is a scratch, chip, or dent. It includes door panels, the car floor, the underbody of the vehicle, the fuel pipes, muffler, and more. Importantly, it also includes the engine and any iron-containing bolt, nut, or other part that might be actually holding critical parts of your car in place. It could be many months, even years before you realize the extent of rust damage

3. Electrical system problems – the wires and electrical components are subject to rust and corrosion from water contact. This is one of the classic problems that can arise when you buy a vehicle that looks good but has been in a flood. Controls for the brakes, windows, heating/cooling, headlights, and so much more! Worse, according to Jerime Monroe at Denver Auto Body, flood-damaged cars can have a “huge risk for potential fires” (Source Denver CBS4). It can be many months before electrical system water damage begins to destroy a car.

4. Salt. Salt is highly corrosive to multiple parts of your vehicle and will eventually cause rust and all the problems that come with it. A vehicle that has been immersed in sea water will likely have a film of salt left after the water has evaporated away, as well as salt damage through out the engine, electrical system, and body. Potential damage from salt is so serious that many car repair experts will consider a salt water flooded vehicle to be unrepairable. (Source NAPA and Dashboard Light)

5. Water. Yeah, this one sounds obvious. Most water problems will show up immediately. Water in the fuel tank. Water in the air and fuel filters. Water that somehow found it’s way into the oil system, brake fluid, power-steering fluid, transmission fluid, windshield wiper fluid, or radiator. Water in the catalytic converter can ruin it. Excessive water in the crankcase or cylinders will usually make itself known by destroying the engine almost immediately after it is started. But small, even tiny, amounts of water that linger in any of these areas can slowly wreck havoc with your vehicle.

6. Dirt and debris. While this sounds cosmetic, it can actually be a cause of many serious issues. Perhaps the most dangerous is debris that finds its way in the brake system and interferes with your ability to slow or stop your vehicle. Any part in your vehicle that depends on movement, electric contact, or periodic contact with other parts can be affected by debris and dirt that result from a flood. This includes steering, doors and windows, spark plugs, joints, hinges, axles, and so much more.

So. Unless you are an ace with car repairs, you may find it wise to avoid flood damaged cars and vehicles altogether.

What can the potential buyer do to try to avoid unknowingly purchasing a flood damaged vehicle?

1. Start with the title. One of the easiest actions a buyer can take is to check the history of the car and its title. CarFax offers a free flood check using the car’s VIN number to see if flood damage was reported on the vehicle and if a salvage title was issued for the car. You will also find helpful information about flood damaged vehicles from CarFax on this page.  Also listed are the areas of the US where most of the flood damaged vehicles are found.

The National Insurance Crime Bureau – NICB – also offers a free VIN search to check for vehicles with a salvage title.

If the title check indicates a salvage title or a flood damaged vehicle title, and you are still tempted beyond all reason to purchase the car, then you should have the vehicle thoroughly inspected by a mechanic who has experience in assessing water damage in a vehicle. You should also be very aware that a salvage title or flood damaged title will likely make it very difficult for you to sell the vehicle.

Vehicles that pass the title check are not automatically in the clear. Through dishonesty or mistakes, a vehicle that was issued a salvage title may later get a clean title issued. This is more likely if the car has been titled and retitled in different states. If this history is not fully reported, then CarFax or NICB may not detect the prior salvage title.

A vehicle with a clear title may also have been badly flooded, but an insurance claim (and therefore reporting of the damage) was never made. You will need to take other steps to try to detect water damage in these vehicles. Even if there was an insurance claim for a flooded vehicle, if the insurance company did not total the car then a salvage title would not be issued.

As noted above, dishonest car sellers may re-title a vehicle in different states to have the “salvage” flag removed from the title.  This can be by titling the vehicle in a state that does not issue salvage flags on a title or it may be by maneuvers that cause the salvage flag to be unintentionally dropped.  If you are considering buying a vehicle that appears to have been titled in multiple states, you would be wise to trace the title to it’s origin before you purchase it.  You may uncover a prior salvage title from flooding or from other extensive damage to the vehicle.

3.  Look for condensation in the headlights and tail lights.

4.  Be alert for multiple electric problems – a vehicle with multiple non-working or problematic electrical systems, even ones considered non-essential, may be an indicator of more serious flood-related problems to come.

Check every electrical system you possibly can – cruise control, lights, dashboard lights, radio, DVD, traction control, seat controls, heat/air conditioning, 4WD, turn signals, etc.  Michael Jones of Autopom! even recommends that you check the wires under the dashboard by gently bending them.  He indicates that wet wires become brittle as they dry and will no longer be soft and bendable.

5.  Signs of mold or mildew – often the smell is the first sign.  If the car smells of mold, this could be an indicator of serious rust and other impending problems, regardless of whether it has been in a flood. Inspect the upholstery, the trunk, the seats, and as much of the dashboard as you can see.

6. Check for damp areas in the car.  Trapped moisture can linger for months in a vehicle.  Look for foggy mirrors, fogged instrument panels, condensation in the dome light, damp areas under the seats, under the gas and brake pedals, in the overhangs of the wheel wells, in corners,  and in areas not often accessed or exposed.

7. Look for rust and corrosion.  Extensive rust may be a reason to avoid a vehicle regardless of the cause.  But rust or corrosion in unusual places, such as hood springs, on normally protected screws and hinges, seat springs, in the dome light or overhead area, under carpets, under the spare tire, or even on parts of the engine, may be a flood indicator.

8.  Look for a salt or brine film.  This can be an indicator of a salt-water flood.

9.  Look for sand, silt, or unusual debris.  Sand and silt in the glove box, in the corners of the trunk, under the car mats, in the wheel wells etc. can be left behind when flood waters recede.  Same for clumps of debris in the engine compartment, wheel wells, trunk, or underbody.

10.  New carpeting, upholstery, seat covers, seats can be an indicator of a replacement due to flood damage.  Look for mismatched carpeting and upholstery too.

11.  Listen to the radio – static or distortion can be a sign of water damage.

12.  Check the oil and fluids – this one may be harder for the non-mechanic, but off colored or odd textured oil or fluids may be signs that water or water damage is present.

Of course this inspection list is not all-inclusive.  Further, you may not even recognize signs of water damage when you see them.  If you have any suspicion that a vehicle is flood-damaged or if you are purchasing a vehicle from an area that has experienced recent flooding, then have a pre-purchase  inspection by a mechanic who is experienced in finding signs of flood damage.

Staying sharp, watching for signs of flood and water damage, and avoiding the unknowing purchase of a flood damaged vehicle can save you thousands of dollars and prevent many hours of frustrations.  Now, that’s The Fat Dollar way!

How about you?  Have you ever owned a vehicle that has gone through a flood? Share in the comments!

Sources for this article and for further information:

Essential Guide To Singing – Ready to Improve Your Singing Voice?

CLICK HERE to listen to some of the students demonstrate their improved singing voices after taking the course to learn how to sing.